The Celts believed that every tree had a wise spirit, whose face could be seen in the bark. Today, the mysterious power of nature continues to envelope our souls, exposing us to the energy released by the elements.

Mauro Lomba, Maria Pierres and Jorge Lameiro, the creators of the PDS column series, began with a slender design concept inspired by the natural world, adapting the form and finish to the bark of a tree. The idea of a forest of light responded to the urban landscape challenges of the locations for where the series was originally conceived. The first PDS units were integrated into the Pousadas of Salnés, a series of projects designed by architect Mauro Lomba, based in Pontevedra (Spain), the results of which were published internationally by renowned architectural magazines, such as Stone Ideas.

The body of the PDS column is formed by two structures made of Corten or galvanized steel, whose bases are joined by an element of wood, PVC or stone, and by several polished AISI 316L stainless steel cylindrical connectors along the shaft. This column serves as a support for the luminaire series based on the Argon Pressurised System (APS)® technology, such as Lined (pp.x) and Tablet (pp.x). The Corten steel used in the PDS column series is obtained by allowing the surface layer to rust through controlled activation and a chemical neutralization process. The accuracy of this process ensures protection against the corrosive action of the environment, equipping the finish with a high level of uniformity. 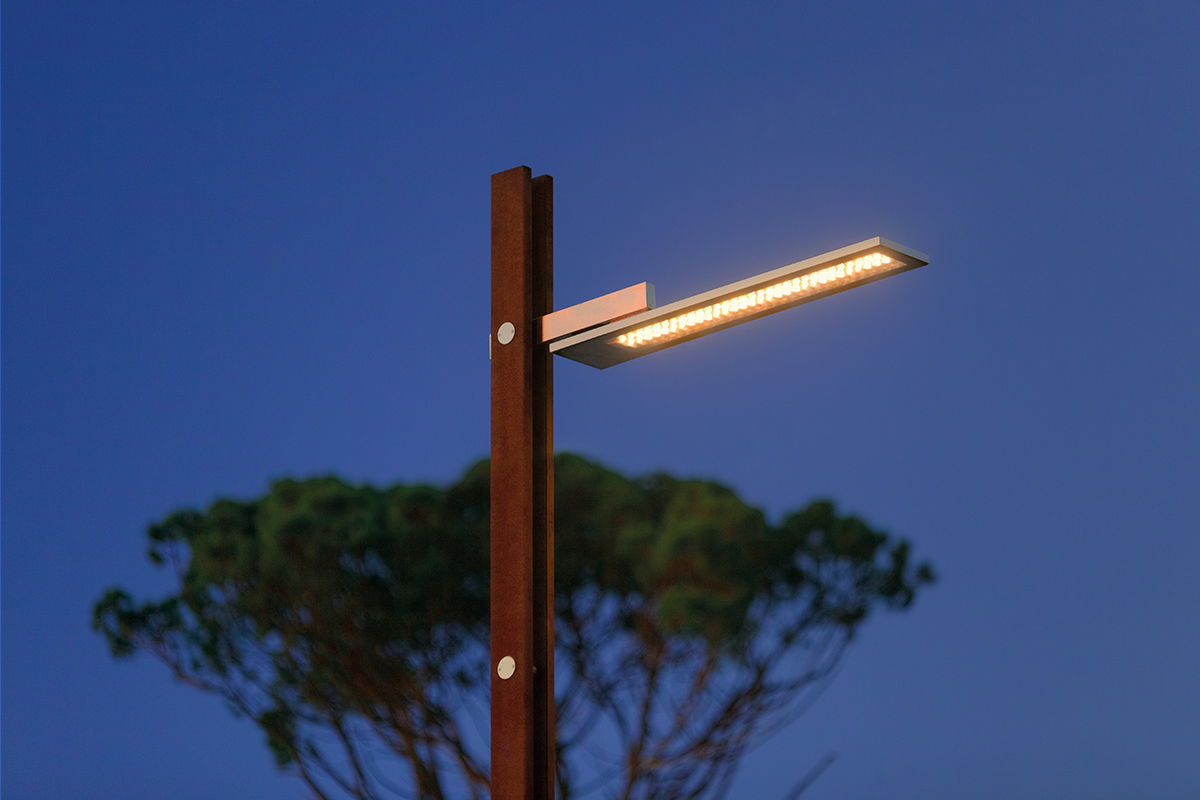 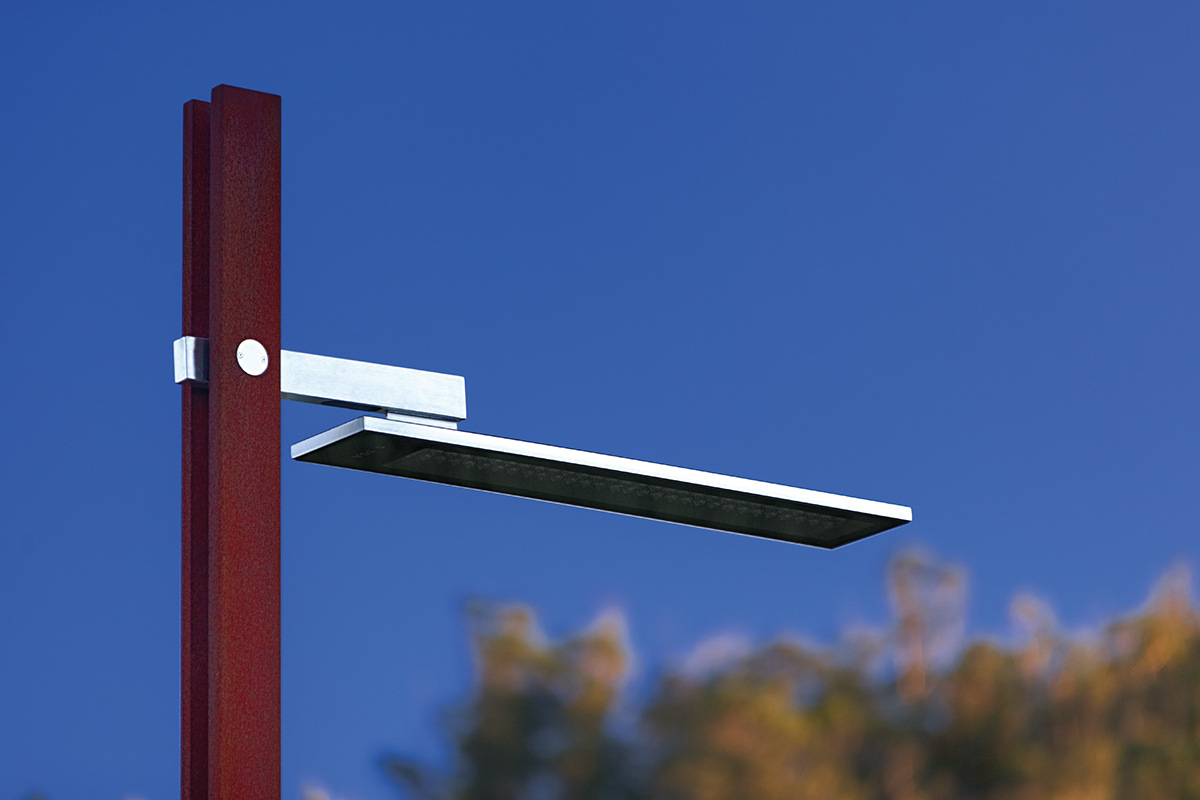 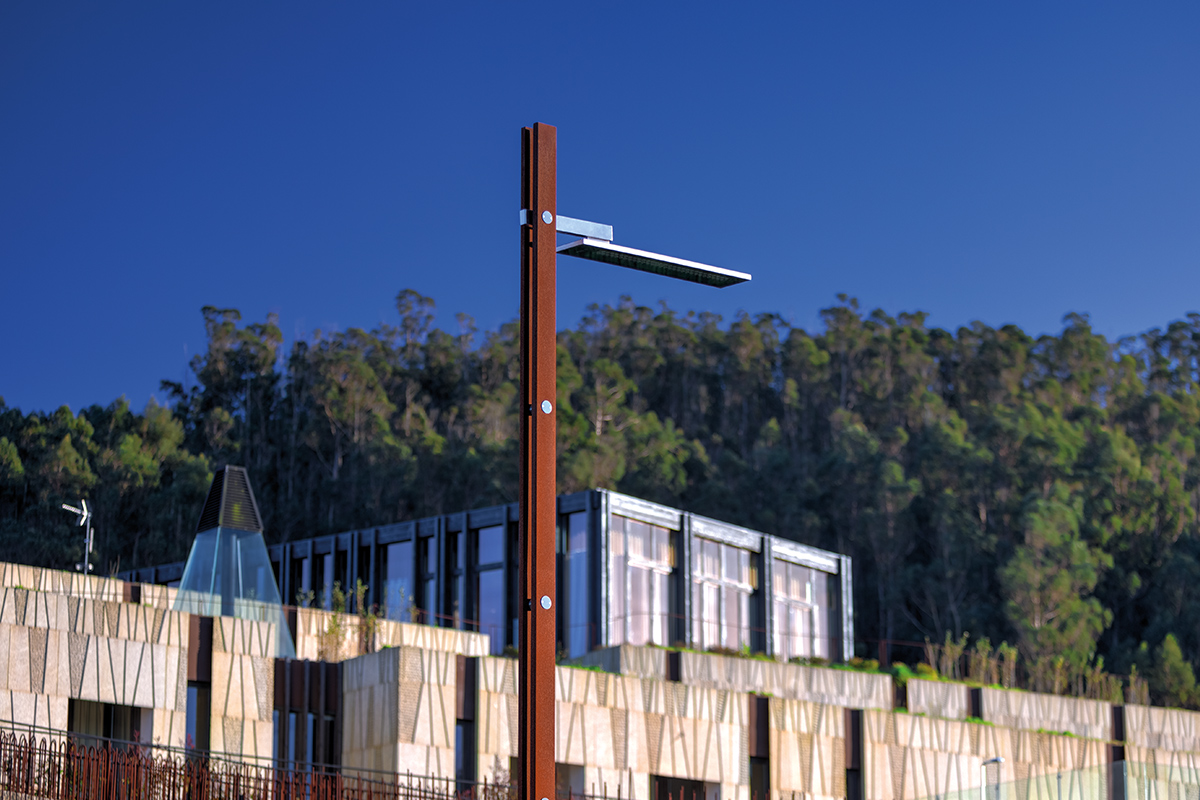 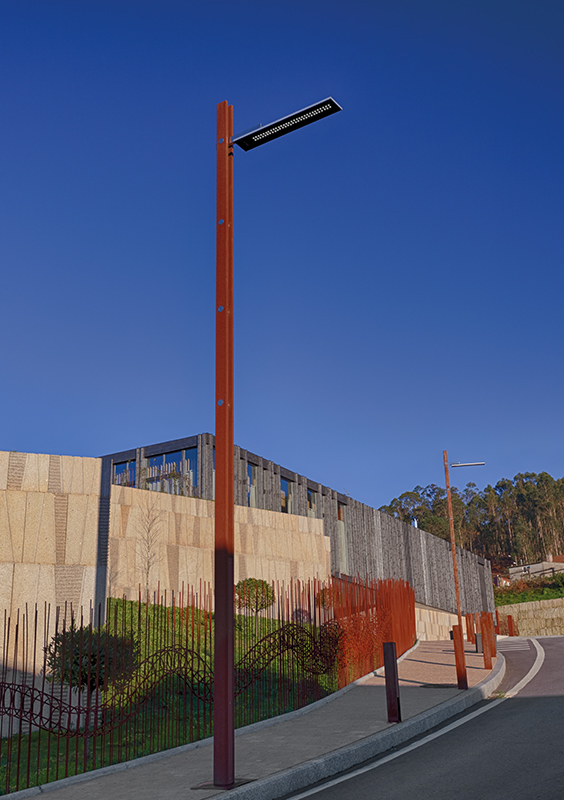 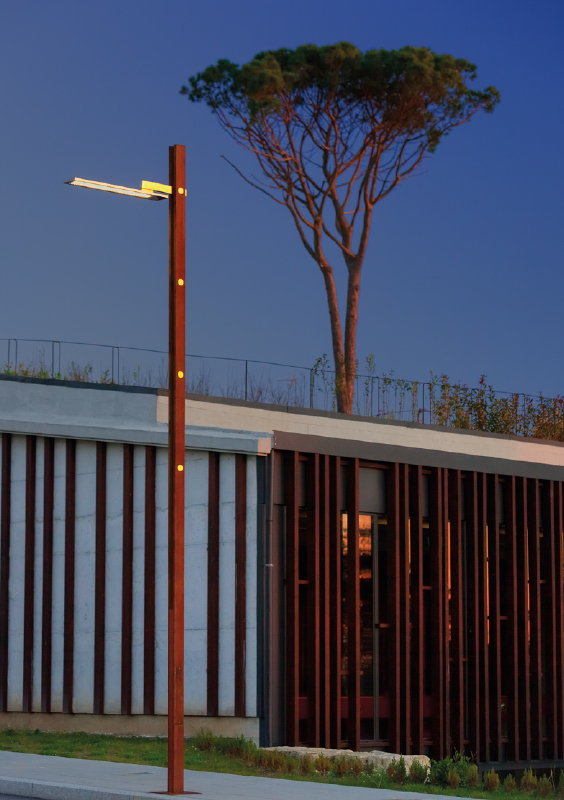 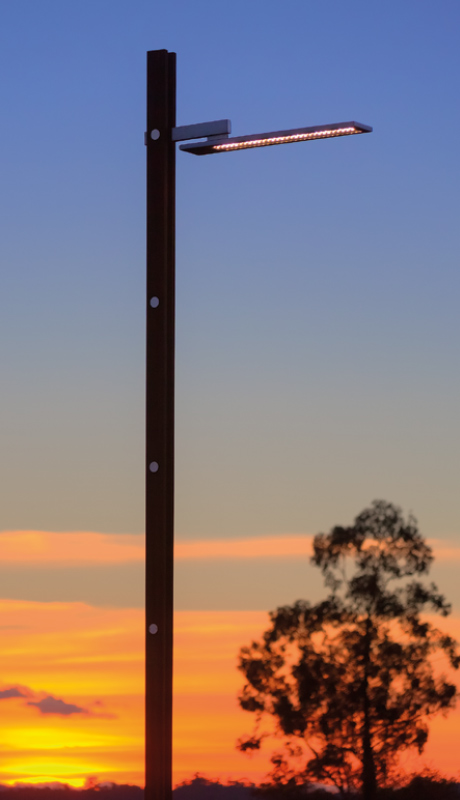 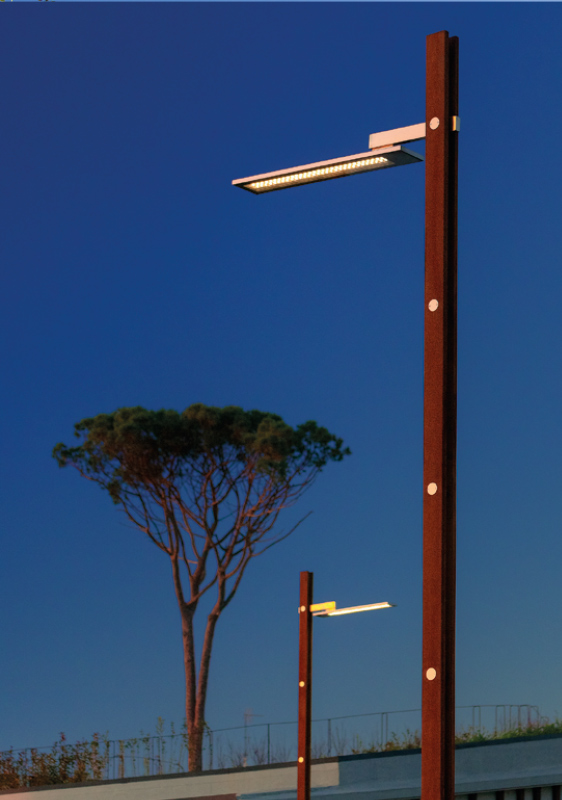 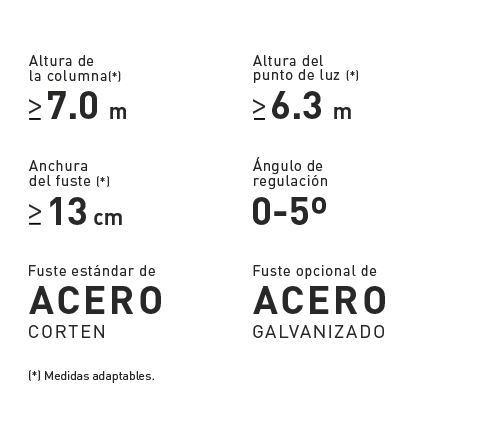 Here are the basic dimensions for the  PDS: 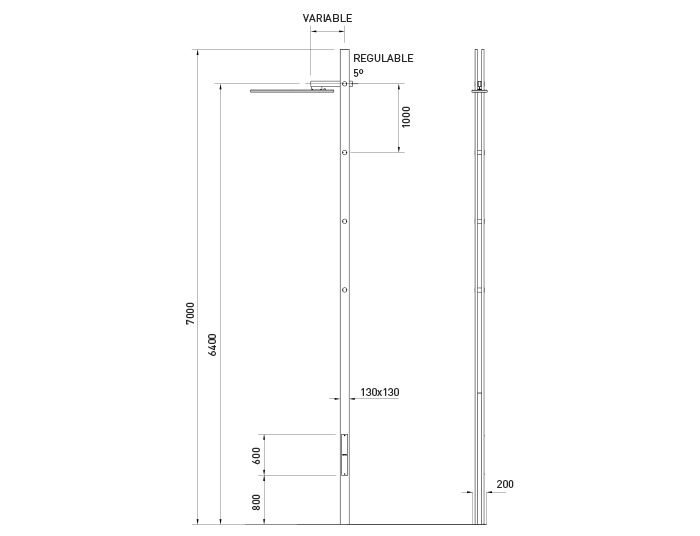 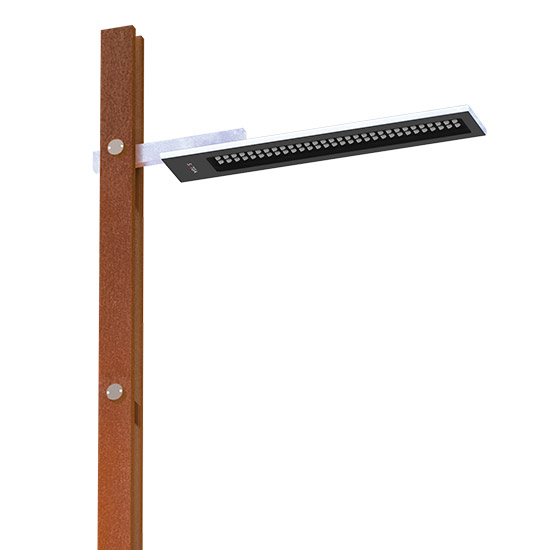 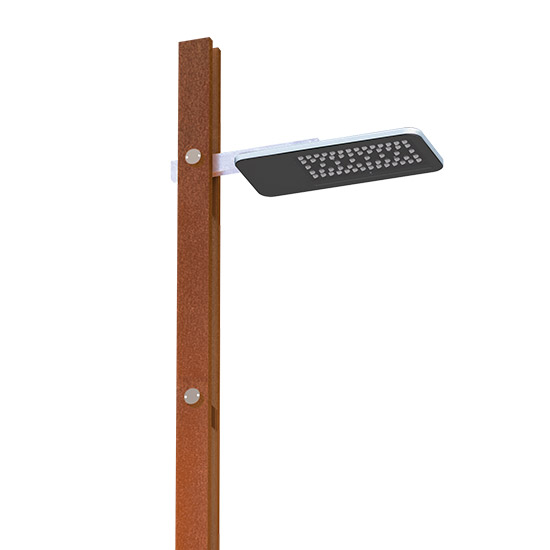 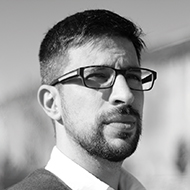 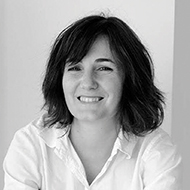 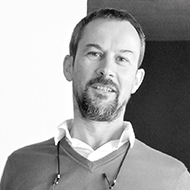 Architect and founder of the Mauro Lomba studio

Do you have a technical question?