Pontevedra leaves us speechless. Our visit to this city far exceeded our expectations, which were already high. Architect Rosa López Olmos, coordinator of the municipal department of Prospective, Barcelona City Council’s department of ​​Ecology, Urbanism and Mobility, ​​was full of praise yesterday for Pontevedra and the pedestrian model that prevails in the city centre.
We are delighted, Pontevedra is a great example, she remarked.

López Olmos was in the city of Lérez yesterday, along with a delegation of eight other architects from the aforementioned department of Ecology, Urbanism and Mobility. Her presence in Pontevedra was the result of the intervention of the Local and City Councils at a conference on The City and Health which was held in March in Barcelona. I already knew what has been done in Pontevedra and I had even been to the city before, explained the architect, but we connected at that conference and now we have come to exchange opinions and experiences.

She explained that the department that she leads at Barcelona City Council is responsible for designing “strategic projects” for the city, and that the goal now is to move towards an “environmentally sustainable model which seeks to improve the quality of life of citizens” .

It is from this vision that the affinity with Pontevedra emerged, she said. It’s clear that we are two cities with totally different realities and that we have different ways of doing things, but there are also things that are universal. She explained that the traffic light models with preference for pedestrians, such as in Calle Reina Victoria, or the elevated pedestrian crossings were some of the elements they saw in Pontevedra that will inspire them.

The Catalan delegation held a long working meeting yesterday at the City Council where they were able to exchange views with engineers and political leaders from the City Council.

The team coordinated by López Olmos was especially interested in the recovery of the public space that has been achieved in Pontevedra, through the pedestrianisation of plazas and areas which were previously invaded by cars. That is the philosophy of the “superblocks” in which “the streets and squares are places of meeting and play, of cultural, economic and social exchange; a city with the cleanest air, green spaces and peaceful traffic”.

For having succesfully managed to make that philosophy a reality, Pontevedra left the engineers from Barcelona “speechless”. 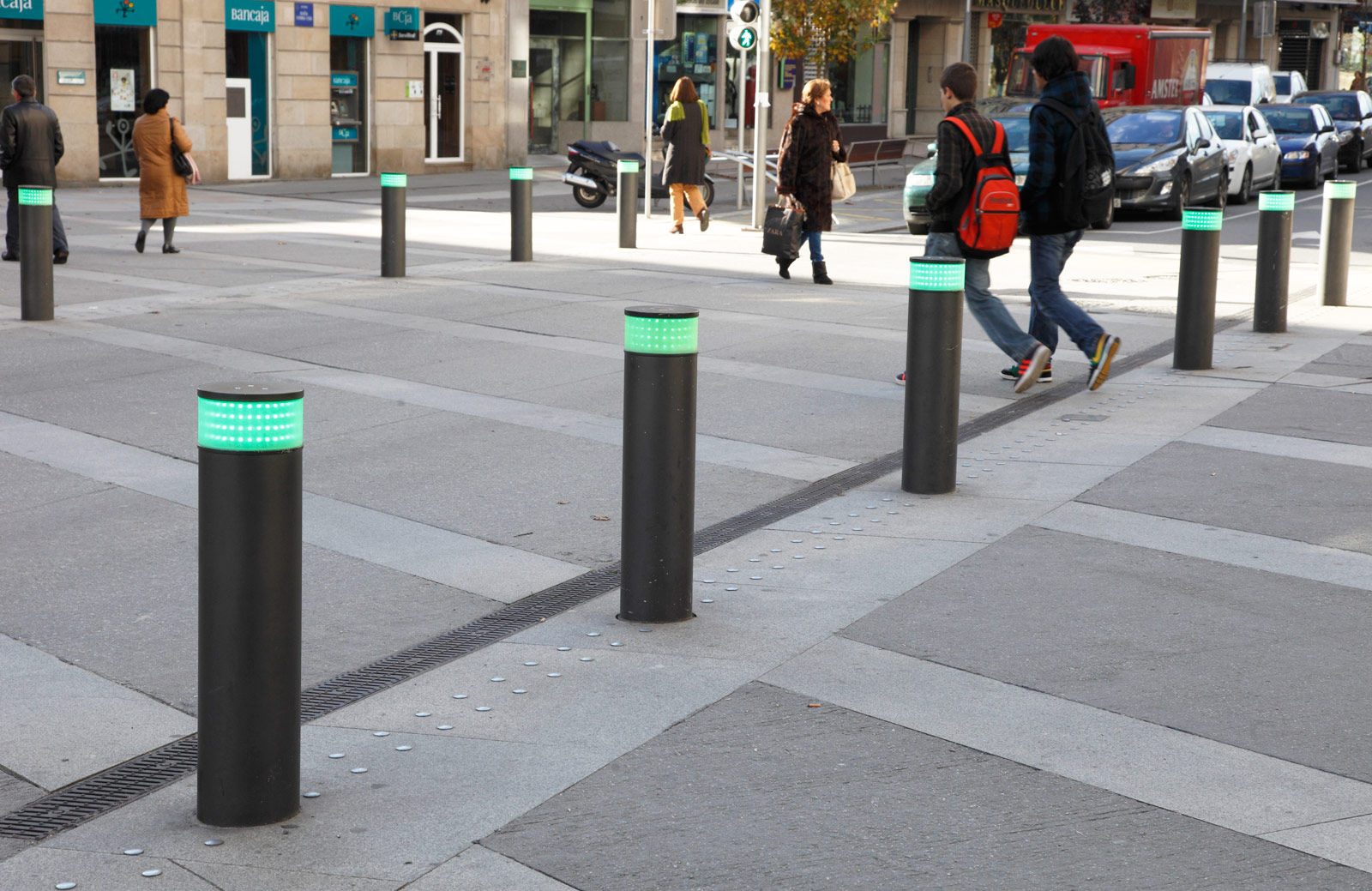