A study by the Mapfre Foundation estimates that 98% of accidents in which the pedestrian is responsible are caused by the use of mobile telephones on zebra crossings. In recent years, the rawness of this data has increased social pressure on both public and private institutions to improve the diagnosis of the causes and to explore increasingly effective technological solutions.

Royal Decree 1890/2008 on energy efficiency, in its specific lighting section, already determines that:“In the additional lighting at pedestrian crossings, whose installation will be a priority at crossings without traffic lights, the minimum reference of illuminance required on the vertical plane will be 40 Lux, with a G2 anti-glare in the direction of vehicle movement and G3 in the direction of the pedestrian”. While it is not the general purpose of this energy efficiency regulation to establish minimum illuminance values, specific lighting setups such as pedestrian crossings represent an exception where minimum values ​​become mandatory to “prioritise safety” over the rest of the variables. In the event of a serious accident and non-compliance with Royal Decree 1890/2008, infrastructure managers could be held responsible, even relieving insurance companies from their coverage commitments.

To respond to inadequate levels of vertical illuminance at pedestrian crossings and high distraction rates of drivers, a growing number of Spanish municipalities have incorporated compact intelligent light reinforcement systems with integrated signage. Prudenza, an innovation developed and manufactured in Spain by SETGA, integrates interactive LED optical modules with high photometric incidence in the vertical pedestrian plane, together with beacon systems with flashing amber repeaters, as well as different alternatives of connected video surveillance. Currently, the LED optoelectronic technology incorporated into these light reinforcement systems represents only one measure to increase the energy efficiency of the infrastructure, but also an unprecedented opportunity to adapt the infrastructure to current regulations and solve situations of high road risk, thanks to its ability to redirect the flow emitted to where it is really necessary, the vertical plane. In this way, the light ceases to focus only on the horizontal plane of the pedestrians, specifically their head and shoulders, to highlight the entire body, with special emphasis on the lateral vertical plane, both along the waiting area and on the crossing itself.

This must be achieved without exceeding the previously stated glare limitations. In the first projects developed with Prudenza in Spanish municipalities, its optoelectronic technology has reached GR glare levels of below 30, located in a range considered as between insignificant and light, thus guarantees that pedestrians and drivers experience an absolute level of visual comfort, avoiding any sensation of disturbing glare.

In turn, by focusing the light flow on the lateral vertical plane, the light beam is projected at an oblique, frontal, angle to the crossing area. In this way, drivers perceive the reflect cone of light at their viewing angle, allowing the detection of the pedestrian crossing from a long distance.

At the same time, the intermittent beacon system integrated in the column can further intensify drivers’ level of alertness, allowing for perception of the crossing in double lane situations, where the risk of accidents is multiplied in large cities due to obstruction of the viewing angle by poorly parked vehicles, according to the Mapfre foundation.

After evaluating the results of the first pilots, the intelligent light reinforcement systems with integrated signalling achieved a level of efficiency superior to any existing road lighting system, or LED panel embedded in the crossing, both for the suitability of their optical performance in terms of preventing accidents and their ability to reduce infrastructure conservation costs thanks to its APS® (Argon Pressurised System) optical module LED pressurised with argon gas. A technology patented by SETGA, whose purpose is to prevent light degradation caused by the intrusion of moisture and other atmospheric agents in LED optics and electronics. 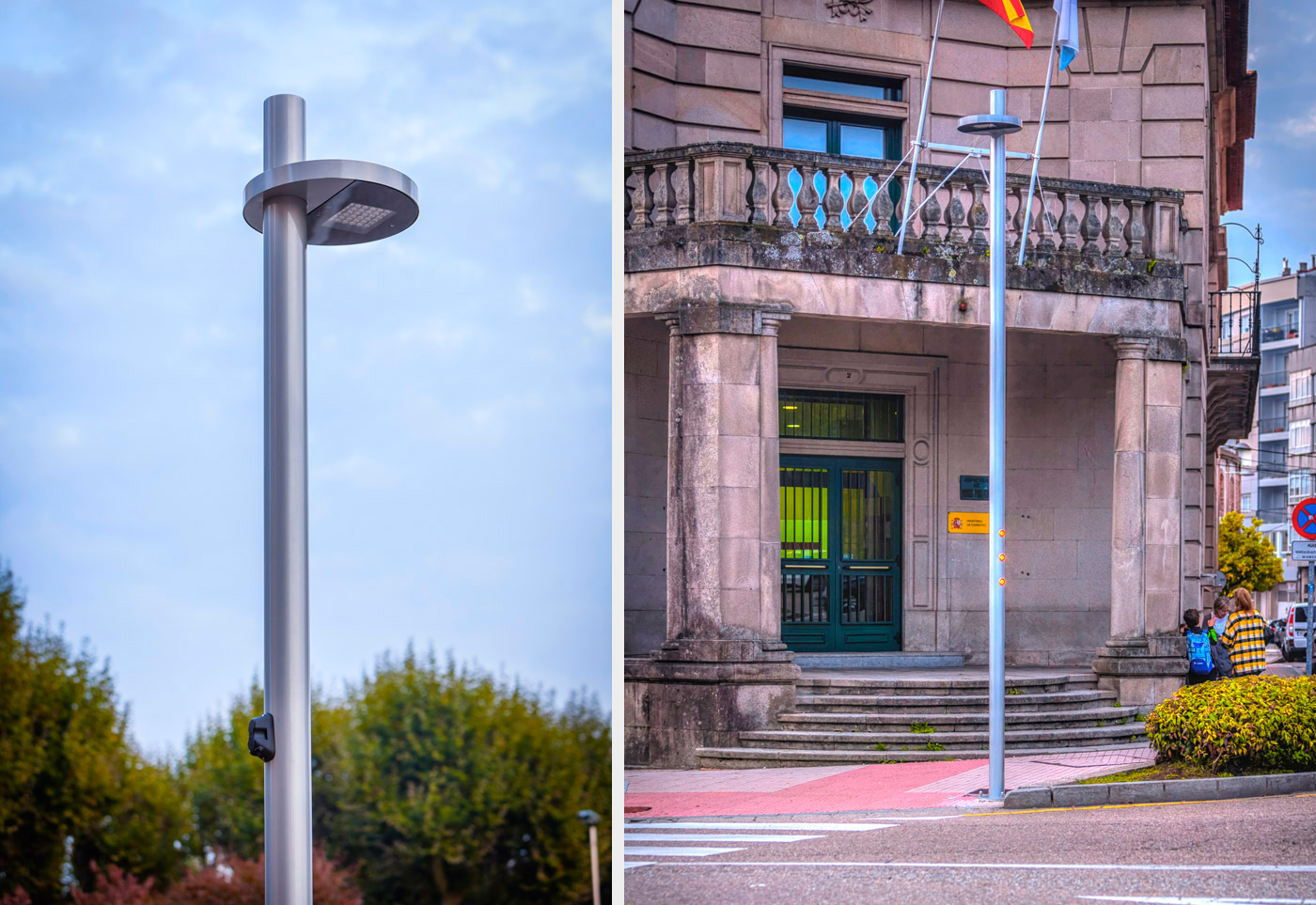 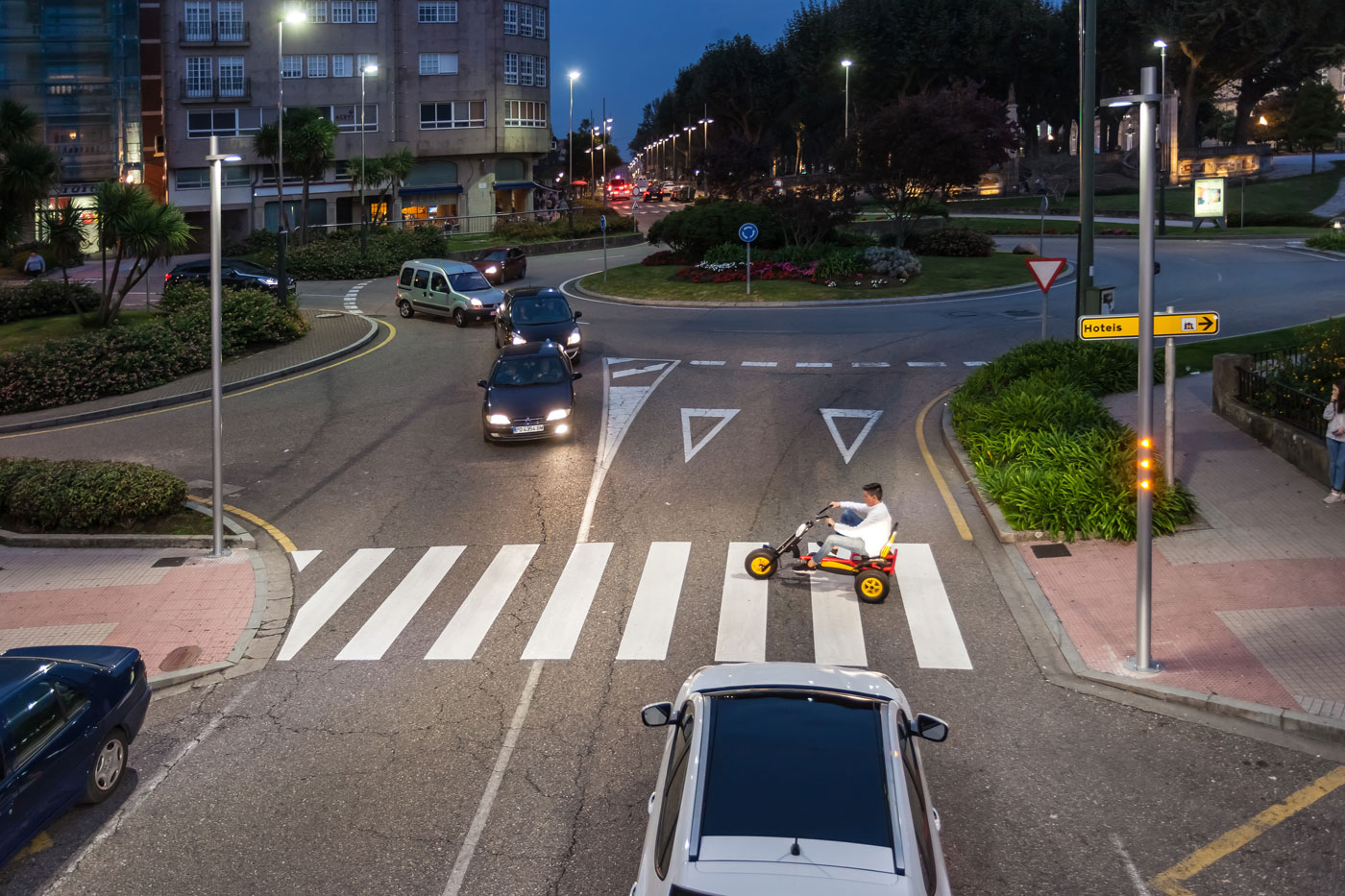 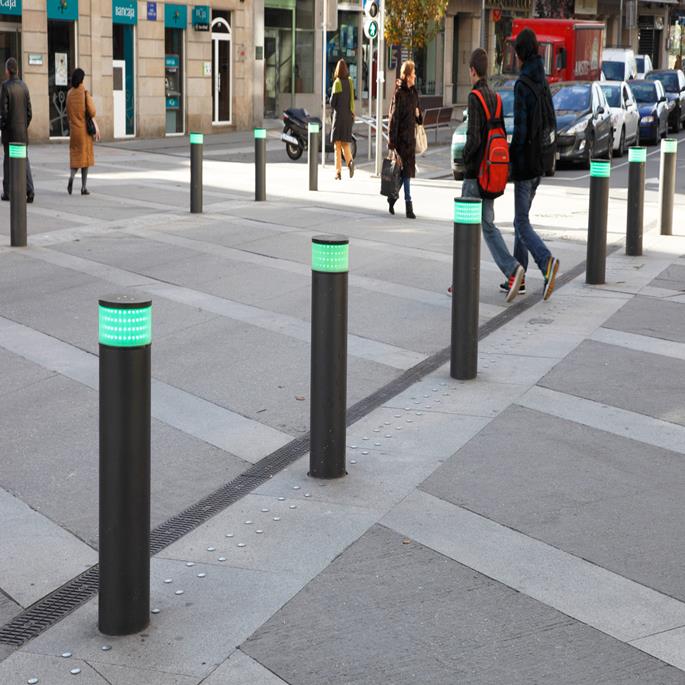